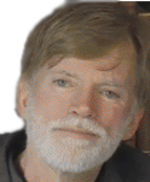 Duke, who has run for president, has been credited in some media reports as having put a modern face on white supremacy, exchanging white hoods for business suits. He has said his movement wasn't “anti-black” but “pro-white” and “pro-Christian.”
Indeed, the homepage of davidduke.com has no diatribes against blacks, focusing instead exclusively on Jews. One Duke report: “Horrors of ISIS Created by Zionist Supremacy.”
While these storms were raging, Epstein in Miami was among the many trying to figure out to respond. Like many Jews, he was upset by the intrusion of a medical journal into politics, particularly since the Gaza letter made no mention of Hamas and its attacks on Israel.

The video was made  by David Duke, a former Grand Wizard in the Knights of the Ku Klux Klan and the founder of the National Association for the Advancement of White People.
Manduca and Ang said they had no idea who Duke was when they recommended his video, although Duke's name was widely publicized in Europe in 2013 when Italy kicked him out for trying to start an anti-Semitic neo-Nazi group.
The NGO Monitor report sparked stories in the Telegraph in London, the Jerusalem Post and other media. Duke himself happily entered the debate, supporting the authors of the Gaza letter: “The Jewish extremists are stunned by the bravery of these medical professionals” to speak out against Israelis who believe they have a “God-ordained right to murder the hated Goyim,” Duke wrote on his website. 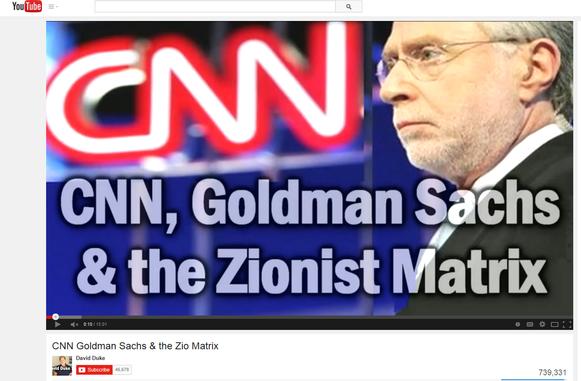 One of the authors, Mads Gilbert, a Norwegian doctor who worked extensively in Gaza, once told a Norwegian newspaper that America's enemies were justified in the 9/11 attacks because “if the U.S. government has a legitimate right to bomb and kill civilians in Iraq, the oppressed has a moral right to attack the U.S.”
NGO Monitor, an Israel-based group, focused on two other authors,Paola Manduca and Swee Ang, publishing emails the pair sent to a Google group dubbed “Always Against the War.”
The emails included a report that Egypt's new president was a secret Jew. Another repeated Fidel Castro's blasting the Israelis' attacks on Gaza. But the one that got the most attention was Manduca and Ang asking the group: "Please watch ... this video before it is removed from circulation.”
The link went to a YouTube video entitled “CNN Goldman Sachs & the Zio Matrix,” which alleged that Jewish-dominated media was being unfair to Palestinians. 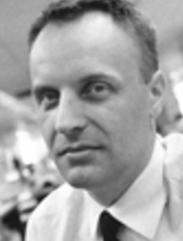 The editorial defended printing the original letter: “Here is a war that is having far-reaching effects on the survival, health, and well being of Gaza's and Israel's civilian residents. It is surely the duty of doctors to have informed views, even strong views, about these matters; to give a voice to those who have no voice."
Critics shot back that the writers of the original letter were far from impartial. Most had strong connections to Palestine and some had received grants from pro-Arab anti-Israel groups.

Many others shared the thoughts voiced in a letter by Bruce M. Marmor and Beverly A. Spirit: “It is totally inappropriate for a peer-reviewed medical journal to publish purely political, inaccurate, and prejudiced pieces... Where is the sympathy for the Israeli citizens who live under constant rocket attacks and invasions through tunnels that extend under kindergartens and people's homes by Hamas, whose charter calls for the destruction of Israel and the murder of Jews?"
The debate was just getting started. Some angry doctors urged a boycott of Lancet. On Aug. 4, Lancet responded with an unsigned editorial, saying editors favored neither side, but "when one enters Gaza, it is as if one is entering a prison. … Debris lies everywhere.” 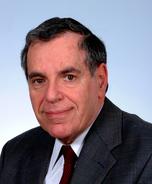 The University of Miami connection is Murray Epstein, a nephrologist and professor emeritus of medicine who continues to lead clinical investigation studies in the United States and European Union. His role comes later in the story.
The maelstrom began in July when the Lancet published An Open Letter for the People of Gaza,signed by five who said they spoke for 19 others. They lambasted “the ruthless assault” by Israel.
“We are appalled by the military onslaught on civilians in Gaza under the guise of punishing terrorists,”the five wrote. “We as scientists and doctors cannot keep silent while this crime against humanity continues,” the authors said.
The journal was bombarded by letters – pro and con. Two Italians wrote: “The renewed tragedy of the ongoing intolerable violation of the right to life and self-determination of Palestinian people by the Israeli troops must be stopped

and the Gaza-Israel Debate

Cast of characters: a UM professor emeritus, a former Grand Wizard of the Ku Klux Klan,  a Norwegian doctor who defends the 9/11 Al-Qaeda attackers, a British medical journal, an Israeli health center and others, including a cameo appearance by Fidel Castro.
The drama began two-plus months ago in the Lancet, a widely respected British medical journal, when five doctors and scientists submitted a letter decrying Israel's bombing of Gaza.
That led to swirls of charges and counter-chargers, bringing to the fore two main issues – to what extent medicine should get involved in politics and how easy it is for opponents of Israeli military actions to find themselves embracing old-fashioned anti-Semites.

One of Epstein's exchanges was with Karl Skorecki, a longtime friend who is a nephrologist at the Rambam Health Care, which includes a thousand-bed teaching hospital in Haifa and has a diverse staff. “For example,” says Epstein, “the chief of nephrology is an Arab Muslim woman.”
Epstein and Skorecki decided that a drawn-out boycott against the Lancet was likely only to increase anger and not accomplish much. Their conversation shifted toward inviting Richard Horton, Lancet's editor, to visit the Rambam campus, talk with the staff and see for himself a side of Israel that perhaps he didn't know about. Epstein says he helped draft the invitation to Horton.
Horton accepted. In late September, he visited Rambam. After listening to the staff and others, he gave a talk on the campus, rebroadcast on YouTube. “I need very honestly to set the record straight with you. First I deeply, deeply regret the completely unnecessary polarization that publication of the letter ... caused. ... Second ... I was personally horrified at the offensive video that was forwarded by two of the authors of that letter. The world view expressed in that video is abhorrent and must be condemned and I condemn it. I have made that view, my view, very clear directly to those two individuals.”
Epstein, who says he's seen email exchanges between the Lancet editor and Rambam staff, is “convinced that Horton had an epiphany, just like on the road to Damascus, there was a change, a realization.” He says he was told that Horton was most impressed by going on rounds and seeing patients like a young Syrian who had arrived from the war-torn country with a badly injured face.
Duke's reaction: Horton “prostrated himself before the Zionist powers and begged for forgiveness.”
As this post is published, Horton's apology at Rambam has been seen 4,000 times.
Duke's video on the Zionist media conspiracy has been viewed 740,000 times.