Will Liberty Square be truly new or just a repeat of mistakes?

Is Miami-Dade about to repeat the same mistakes made so often in the past by pouring $74 million in taxpayer money in a redo of Liberty Square, the bitterly poor public housing project?
Marvin Dunn hopes not. The retired FIU professor and author of several books about black history has developed an idea that could dramatically change the way the poorest people live in the heart of Liberty City.
He's proposing the county try a "Safe Harbor," using part of Liberty Square for a gated community of low-income housing, separated from the high crime and bad influences of the surrounding neighborhoods, with college-educated young men to serve as surrogate fathers, since public housing often consists of single-mother households.
Backed with research funds from the Knight Foundation and the Children's Trust, Dunn says, "This is the kind of change we need in the poorest neighborhoods."
Change is what Miami-Dade Mayor Carlos Gimenez said he'd like to bring  when he announced in January plans to raze the 709-unit Liberty Square that was started in 1936 and replace it with a mixed-income community. He said his plan was "one of the most significant announcements in the history of Miami-Dade County."

But too often pouring money into public housing does little or nothing by itself. Baltimore invested $130 million in public housing in the Sandtown neighborhood in the 1990s, but the area remained overwhelmingly poor and was the center of recent riots. A study by the Abell Foundation suggested that residents might have done better if they had been scattered to better areas.

A recent study from Harvard Researchers, The Impacts of Neighborhoods on Intergenerational Mobility, available HERE, examined five million poor families and found that the best road to success was to get them out of the poor areas: "Low-income children are most likely to succeed in counties that have less concentrated poverty, less income inequality, better schools, a larger share of two-parent families, and lower crime rates."
The younger the children are when they escape a poor neighborhood, the better their chance for success, the Harvard study found.

Petersen says he supports Section 8 vouchers to allow the poor to move to better neighborhoods, but that can be easier said than done.
Dunn points out that it's not only affluent whites who want to keep the poor out of their neighborhoods. "You see heated resistance in middle-income black communities, like in North Dade areas," to suggestions public housing people moving in. "It wasn't a racial area. It's economic."
Clearly by any measure, Liberty Square is currently a dysfunctional neighborhood. Its census tract, based on 2013 estimates, is highly segregated -- 93.2 percent black. A third are children under 15 and two-thirds of adults 20-64 are women. Almost half of those over 15 -- 47.4 percent -- are mired in poverty.  Unemployment is 46.8 percent.
Dunn believes that since other areas don't appear to want Liberty Square residents, the best plan is to give them a new life in place.
His Safe Harbor plan includes an offer for free or reduced cost housing for a resident police officer as well as offering salaries to educated young men, paid perhaps like beginning teachers. Each would be assigned six families who "will be knowledgeable of the whereabouts and activities of the children in their families at all times. They will be expected to be omnipresent in the lives of these children and particularly in their education, social and moral development."

in regular military service – or opt to spend the second two years (with family or single ) living rent free in a public housing project.  Twenty percent of the units in each housing project would be reserved for these “second term soldiers” and their families," Petersen said in an email.
"The underlying concept was since we are not going to move inner-city residents to 'healthier' neighborhoods, this would be an opportunity to bring in “healthier” families into housing projects and to change the culture in a positive way which would eventually push inner-city residents out to middle class communities."
That Peace Dividend never happened, but Petersen now believes that Dunn's Safe Harbor is very much in line with his thinking and is worth seriously exploring.
Many agree that new ways must be found.
Bea Hines, a Miami Herald columnist who's been covering the black community for more than 40 years, wrote in a recent column that she supported new buildings, but "I can't help but think that it seems much easier to build new homes than to instill a new sense of pride and hope in the people who will live in them."

This is the first in what may be a series of occasional stories on public/affordable housing in Miami-Dade, sparked by the realization that very little has improved in the county's poorest neighborhoods since the McDuffie riots in 1980.

Petersen, a juvenile judge for many years, says this is a fascinating idea -- reminiscent of an idea he had back in 1989, when the Cold War was ending and there was hope of a "Peace Dividend" as the need for huge military spending theoretically diminished.
"My idea (based obviously on Peace Corps and VISTA antecedents) was that a four year military enlistment would involve two years in traditional military service – followed by an option to continue the additional two years 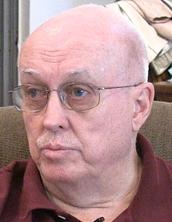 This makes sense to Tom Petersen, who spent years studying Miami-Dade public housing while a chief assistant to State Attorney Janet Reno. "Change neighborhoods to more affluent (or, maybe better put, less indigent/dysfunctional) and you change the peer group. ... The bottom line for me has been that to defeat delinquency, which is based upon peer culture as motivating socializing agent, you have to change the peer group." 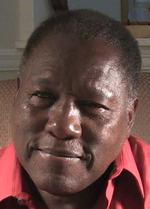 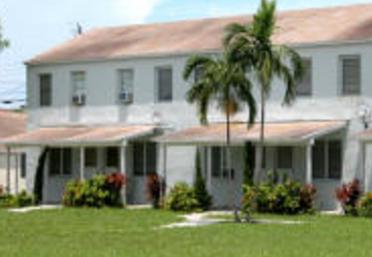