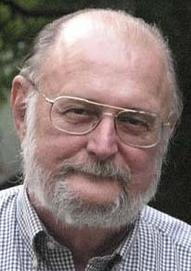 Miami Web News is produced by John Dorschner, a veteran journalist who retired in 2013 after four decades with The Miami Herald. He can be reached at miamiwebnews@gmail.com.

He is the author of Verdict on Trial: The Inside Story of the Cop Case that Ignited Miami's Deadliest Riot. Available on Amazon. More about the book and his research on his site Miami1980.com.

He's also co-author, with Roberto Fabricio, of The Winds of December, a history of Cuba in late 1958-early 1959 covering the downfall of Batista and the coming to power of Castro.

He remains a somewhat finicky restaurant critic, posting as John D. on Yelp, with strong leanings toward reasonable prices, prompt service and places that don't ask what fancy brand of whiskey he wants in his old fashioned.

From time to time, he posts videos, either news oriented ones, available HERE or pseudo artsy stuff HERE.

He knows peace is always preferable to war. As much as he can, he tries to believe that God is present in every person.